The lockdown has caused both good and bad changes of routineJan 13th 2021HABITS CAN be slow to form. But when they do, they can become entrenched. W 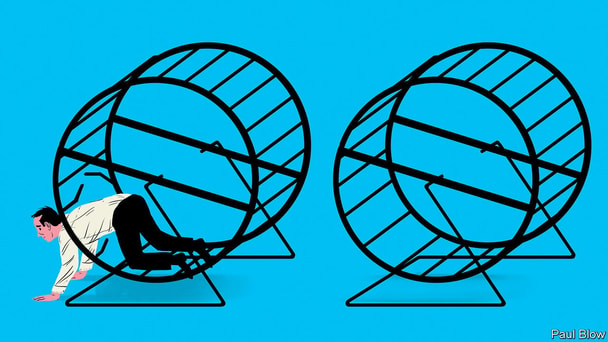 HABITS CAN be slow to form. But when they do, they can become entrenched. When workers headed home during the first lockdown of March 2020, they probably thought the break would last for a month or so. Had that been true, old routines would soon have resumed.

It is now ten months since many employees have made a regular commute into the office. New routines have taken root and those will be much harder to break. Some of these new habits are bad, and they may stem as much from managers as from workers.

Asana, a maker of office software, commissioned a survey of more than 13,000 knowledge workers (defined as those who mostly work at a computer) across eight countries. It found that, on average in 2020, employees were working 455 hours a year more than their contracted requirement, or around two hours a day. That overtime had almost doubled relative to 2019. And much of the excess may not have been necessary; workers complained about the amount of time they spent in meetings and video-calls, or in responding to messages.

Perhaps this forced communication is the result of manager anxiety. Fearful that remote workers will be tempted to slack, they have monitored their teams like an anxious parent who has taken a toddler to a swimming pool.

Or managers may have felt the need to look busy, prompting them to call more…

Why India should honour the $1.2 bn arbitration award in Cairn’s favour